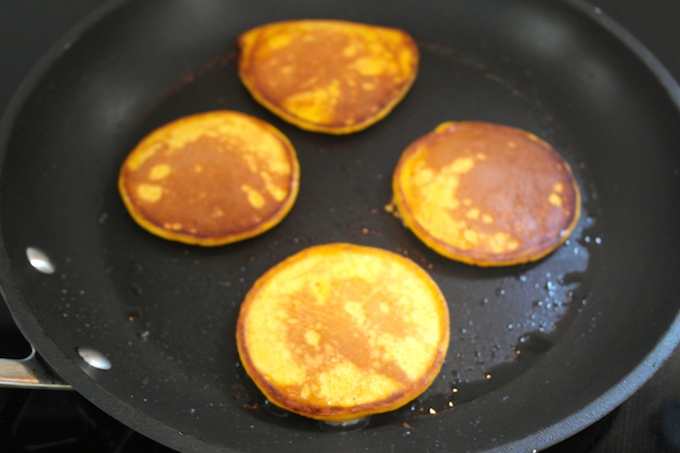 If you ever have some baked pumpkin left over from a dinner (even if it is salted or seasoned), these pumpkin pancakes are a great breakfast idea. I made oven-baked pumpkin as a side dish one evening and had a bit of baked pumpkin and some rests of the side dish left over (ok, I had planned for it because I found the recipe for those pancakes in a cooking book I once bought at Ikea (!)). Lukas actually liked the pumkin puree the evening before, and he was also very keen to help me with the pancakes. They were very quickly made – just a bit of flower, baking powder, egg and milk added to the pumpkin and we were done. I realized that they needed to be fried quite long at low heat, otherwise they don’t get cooked through in the middle. But as soon as they were served with some maple syrup, they were gone. And this time, even Lea, who was reluctant the night before, was convinced! 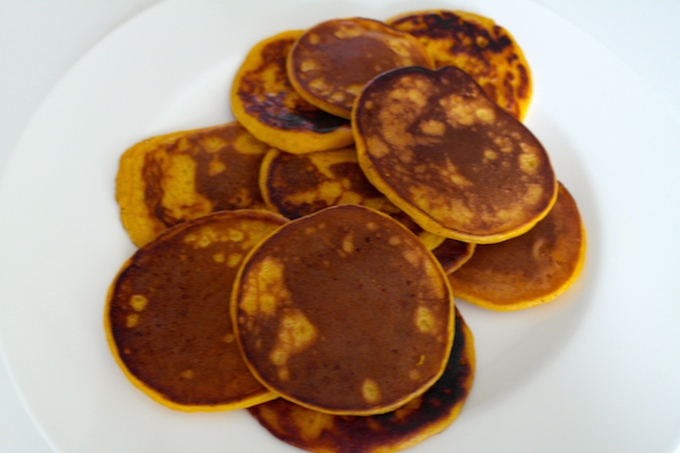 « Oven-baked pumpkin… a perfect side dish for our steak!
Lentil salad with a poached egg »