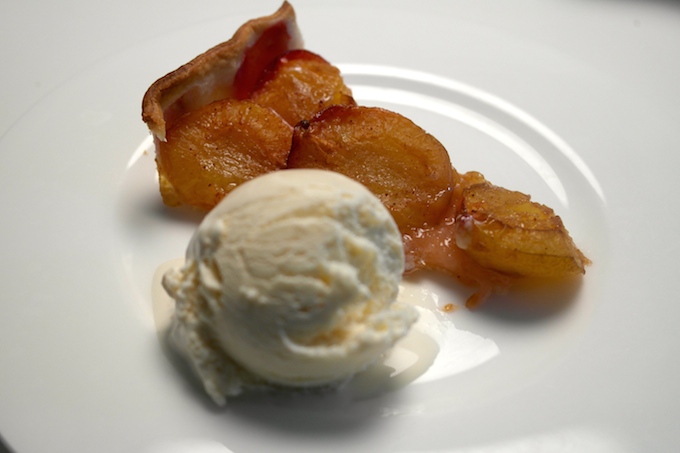 Back in May, during the very early days of our blog, we already published a post called “Plenty of Plums”, including a recipe for a variation of the Austrian “Cake from Linz“. Well, it’s this time of the year again… and whilst the plums where from my mother’s garden last year, this year, I am myself the owner of two plum trees. 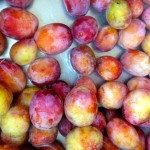 We had a couple of rainy weekends early September and when we went into the garden on a sunny day 2 weeks ago, we realized that we had almost passed the time to harvest them. Quite a lot of them had already fallen off the trees and become victim of the snails and birds. But still, we went back inside with 3-4 kg of nice ripe plums a couple of hours later.

I still had to prepare dinner for guests as well as muffins for Lea’s birthday on the next day. But the plums were so ripe, that I could not keep them another day. So I decided to improvise (…not compromise…) and used a ready-made dough from the freezer to make a spontaneous plum pie. And the rest of the plums got processed to marmalade… recipe to follow. 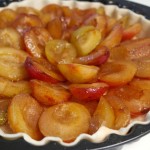 I simply put the sweet, ripe plum on top of the dough, seasoned with sugar and cinnamon – and had a great dessert for our dinner that evening. Very simple, but heavenly when served warm with some vanilla ice cream. If you have the time, I’d still recommend a home-made short pastry… but sometimes cheating is allowed, right?