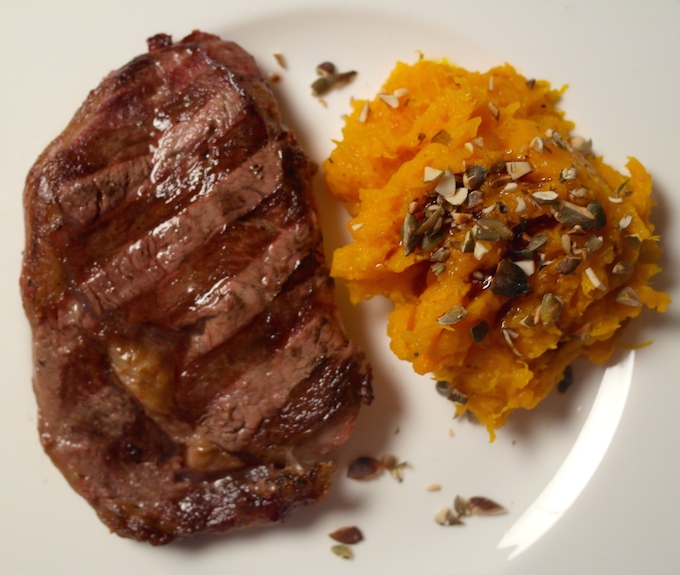 Only a few days to halloween … high time for some pumpkin on our plates! After our vacation where we were mainly spoilt by others with great food, we had quite a busy week back at work. And we had aslo prescribed ourselves some discipline, meaning light soup for dinner… But on Saturday we felt like having some “proper” food again, and decided for some Rib eye steak from the grill, with a seasonal side dish. I had already bookmarked a nice baked pumpkin recipe last year, so I gave that one a try. A good choice – very simple (basically the pumpkin is only baked, seasoned with some cinnamon and maple syrup and then mashed by hand. On top, some pumpkin seed oil and roasted pumkin seeds – delicious. And even Lukas liked it… one more vegetable on the kid-list 🙂