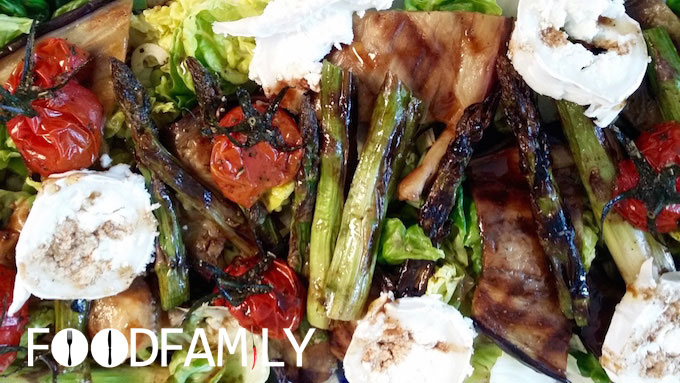 This is one of the quickest recipes we have posted during the past year. I wouldn’t even call it a recipe, it’s more an idea of how to make use of some left over grilled vegetables in a very presentable and tasty salad. You might have seen my recent “Mediterranean Burger” recipe, where I topped the beef patty with some grilled bell pepper, eggplant and goat cheese. The next day some friends were visiting us the next day, we spontaneously decided for another BBQ. 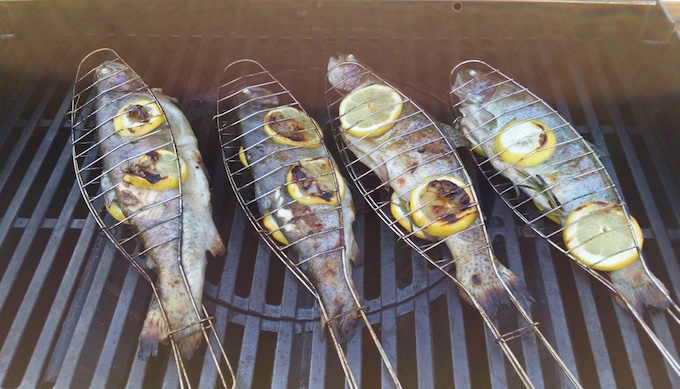 I had bought some fresh trouts from the local fish monger for dinner, nothing easier than seasoning them well with salt, pepper, some herbs and lemon and grilling them for a few minutes. The kids dinner plan was quickly changed from fish to grilled sausage 😉 But I realized that my few leftover grilled vegetables from the day before would make quite a small and poor side dish for four adults! So I digged into the fridge and found some asparagus, and some romaine lettuce. Some cherry tomatoes and the asparagus went on the grill, and I combined them with the romaine lettuce, goat cheese on a plate and a Grilled Veggie Salad was born…. and our spontaneous and almost appeared to be a planned one! 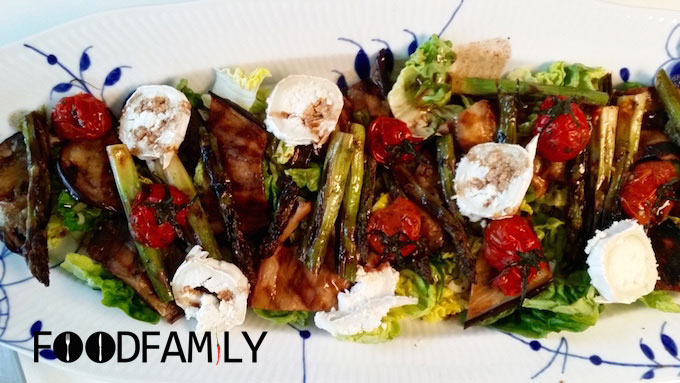