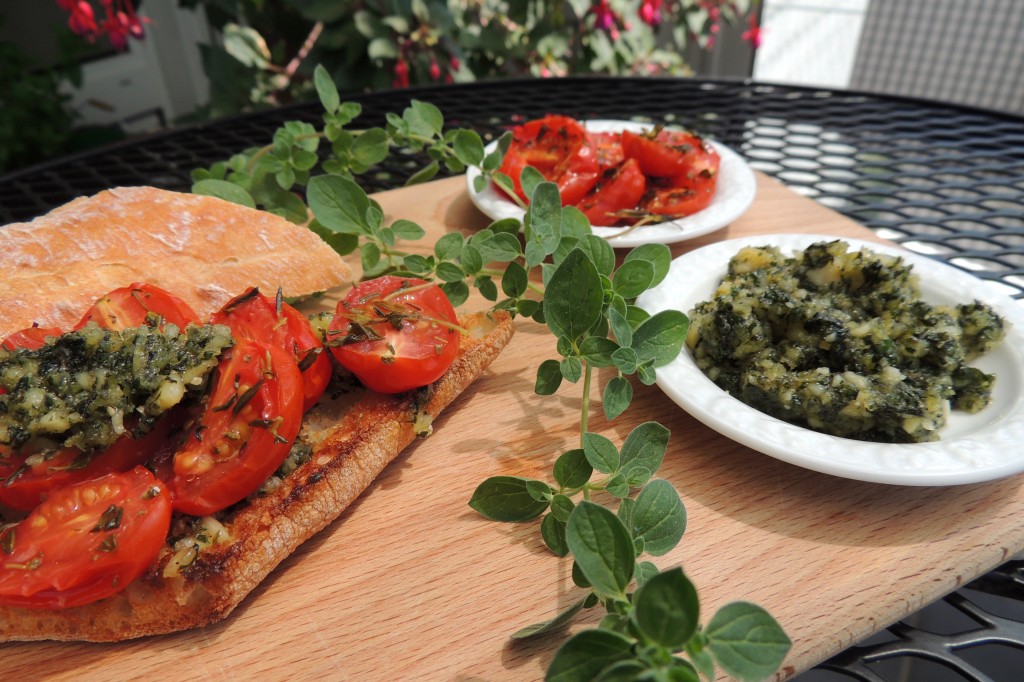 We have plenty of fresh oregano growing in our winter garden – one of the few herbs that seem to cope with the rather changeable climate out there. There was so much oregano that I had to make something out of it! I wondered if an oregano pesto would taste nice and after I googled it I figured it is not so uncommon and I learned that oregano is a species of the mint family! 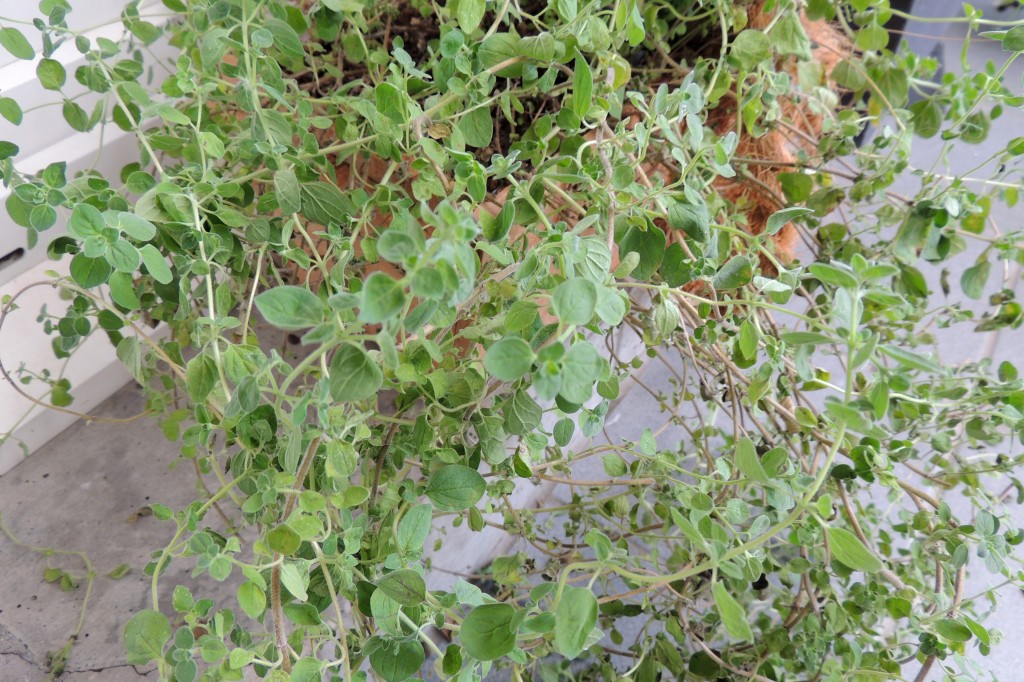 Then I remembered that I always wanted to try to dry tomatoes on my own. Dried tomatoes and oregano pesto? This might be a perfect summer combination! And it was! Can be enjoyed as “Antipasti” on roasted french bread or Italian Ciabiatta or can also be served with some pasta. Both delicious, both simple and I promise something you can make your guests happy with! 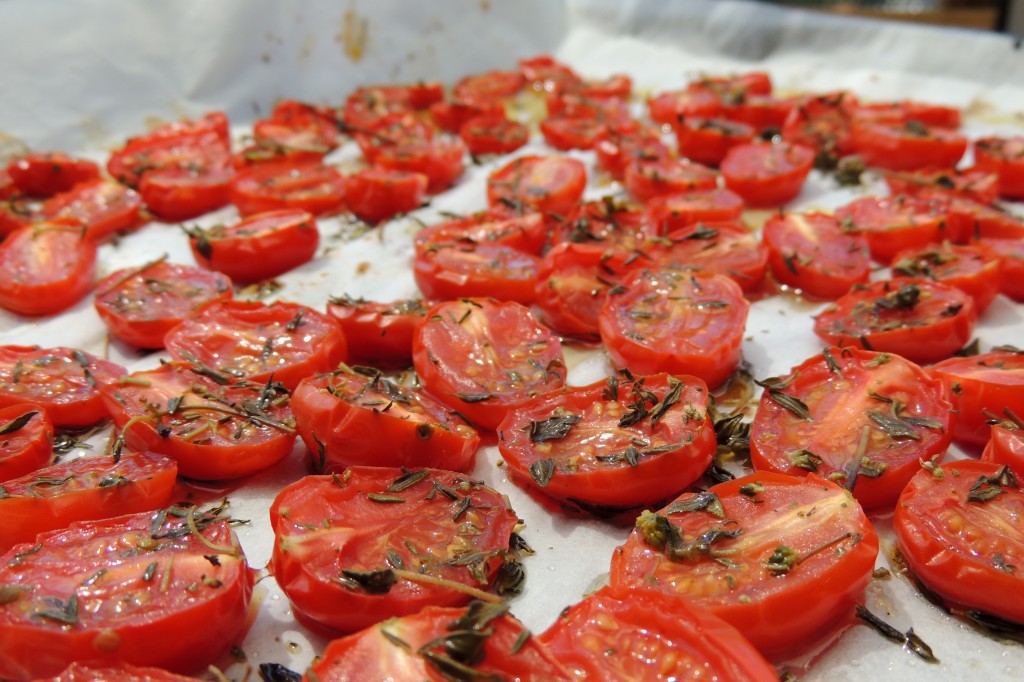 As you can see on the pictures I roasted some nice french bread, spread some of the oregano pesto on it, added the tomatoes and on top some pesto again. On another day I cooked some pasta, mixed it with the pesto, a little bit of mascarpone, the dried tomatoes and some Parmesan on top. A taste explosion of the utmost kind! 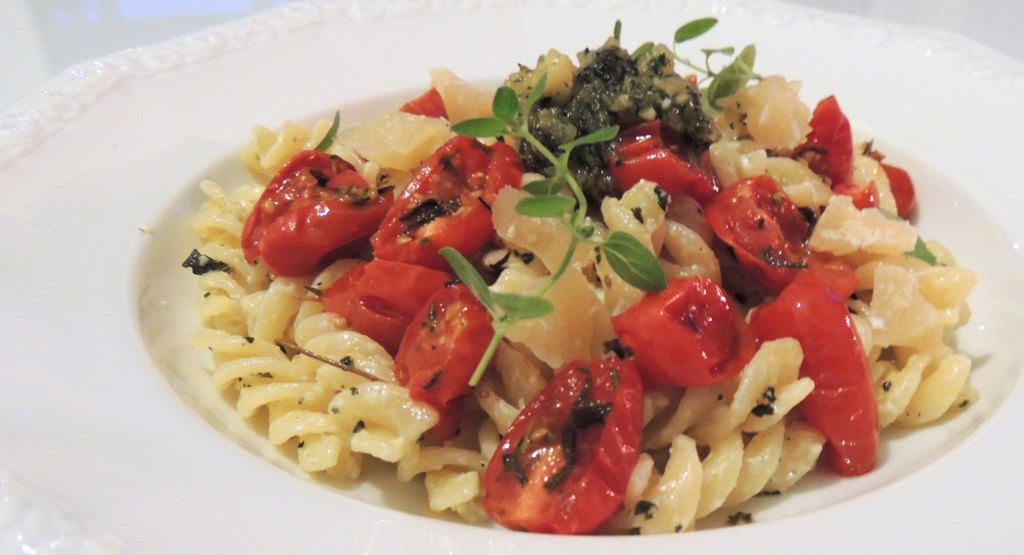